Decided that the Carbon Cub wasn’t the best fit for Michelle and I.  Mostly because of the sling back seat.  Once that tail starts to wag the GIB is not going to be as comfortable as a normal seat.  That and a few other reasons.

I sold the completed wing, took a bit of a loss, and started looking for the next RV.  Call me a chicken but I like the nose gear RVs.  Two reasons; visibility during taxi and higher crosswind component than standard configuration.   I don’t want to build the same RV-7A as last time so my options were a 4, 9A, 8A or 14.  Ruled out the 4 because of the standard configuration and lack of baggage space, 9A because of it’s missing acro component, 14 because it’s more expensive and it’s primarily a 7A on steroids.

Set up a daily 8A web search and quickly found a QB Fuse and Wings kit that was local.  The empennage was completed and done very well but no work had been done to the fuselage or wings.   On February 2, 2014 I rented a U-Haul truck, grabbed mom and dad who were here visiting from the Polar North (MI) and off we went to Riverside to pick it up.

This kit was delivered from the factory in 2002.  I started building my RV-7A in March of 2003 so it’s older than that.  Both fuselage and wings are in perfect shape, not a ding on either of them.  Heck, the wings are still in the original crate with plastic wrap still mostly in place.  This is also not a pre-punched kit, it’s a match-drill kit so that is a little different. 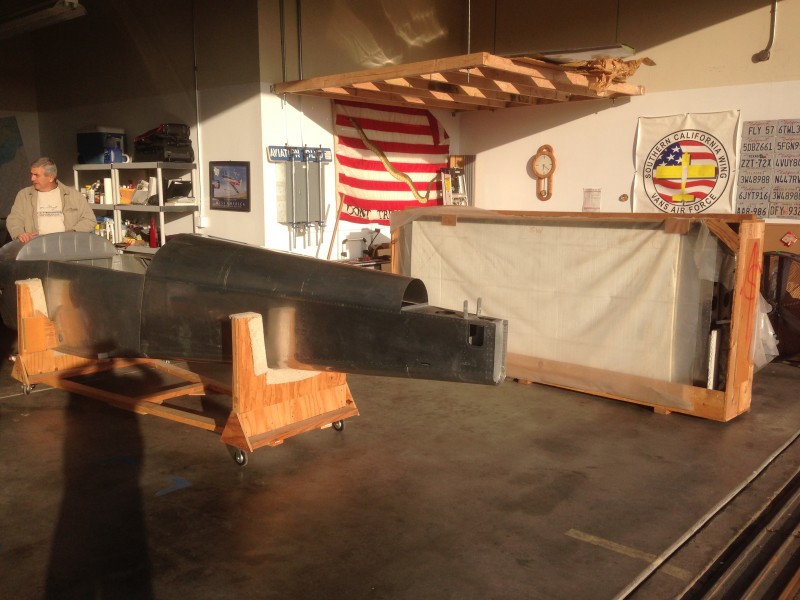 Wes and David inspecting the back in action RV factory.  I’ve got to do some Major cleanup in there.  We’ve been using it for storage for the past year.  I built a small loft to get parts off the floor and a big yard sale will help with the rest of the stuff. 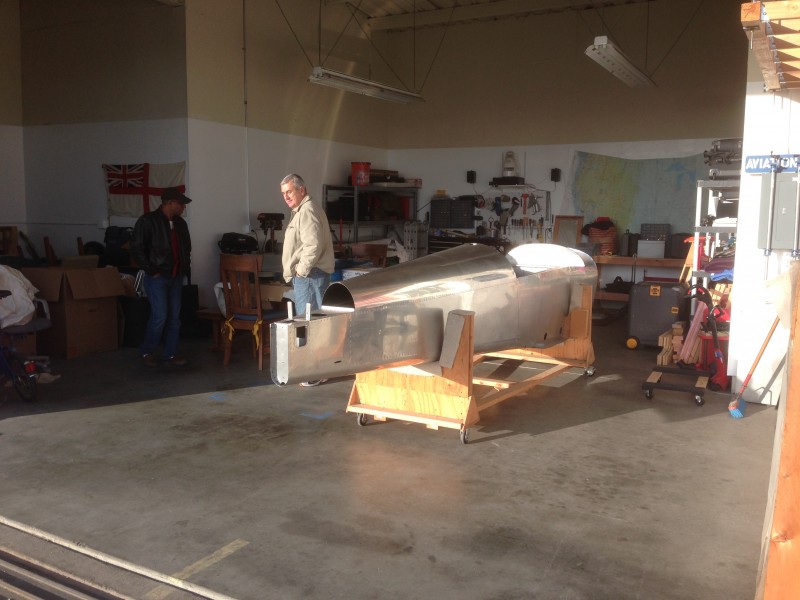