Wasn’t happy with the mounting plate and decided to remake it – simpler.  Found some stock and bent the edges over instead of riveting angles.  I don’t have a brake but I have a vise and a hammer 🙂  The new piece is not as wide and it attaches perpendicular to the fuselage skin instead of at an angle like the plans call for.  They do that because Vans valve is all wonky as far as where the connections are underneath and it makes the plumbing easier if it’s on an angle.  Spent two days on this little part, way too long. 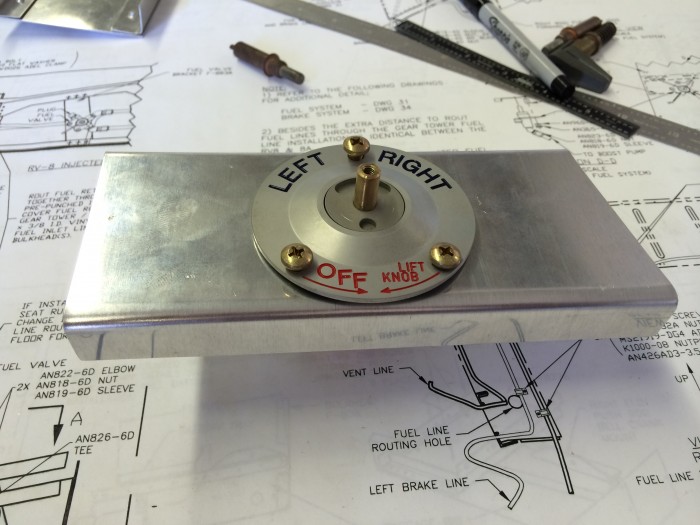 Looks so much better, is lighter and probably stronger too.  The nutplates are attached directly to the valve.  The Andair valve is very well thought out even to the point of countersinking for the nutplate rivets. 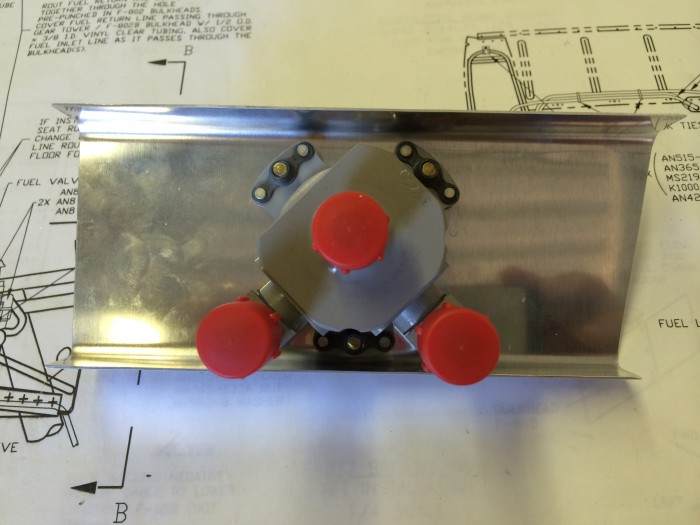 I cut the 1 inch hole with a good holesaw on the drill press. 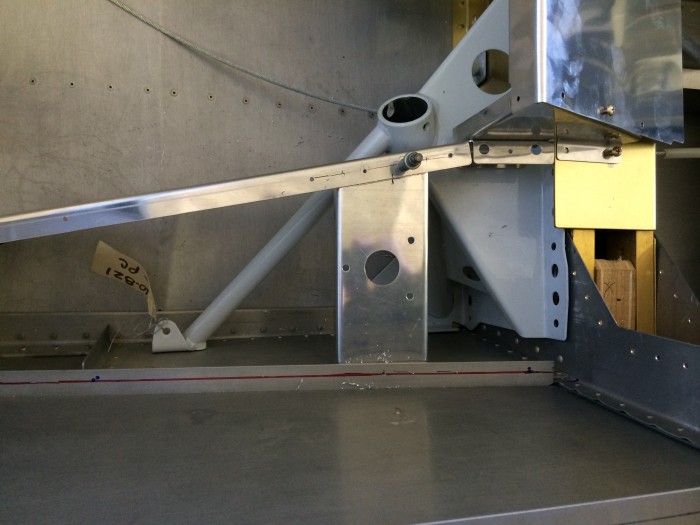 The two top screws are dimpled and the two bottom screws are countersunk. 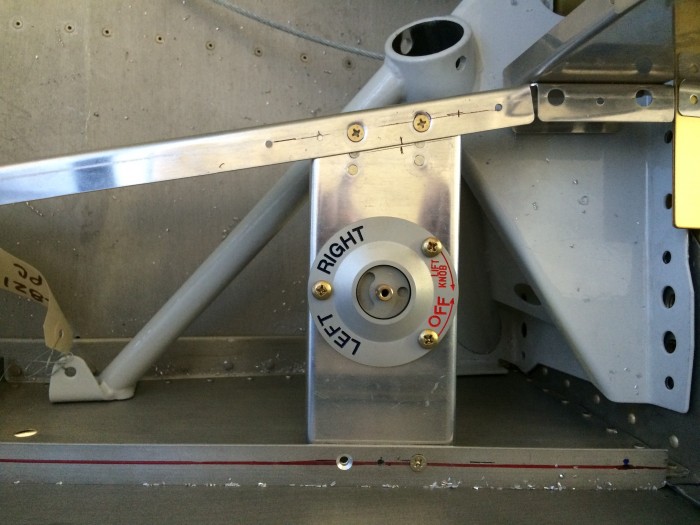