Finally, it’s not in the 90’s.  Had to work on something besides wiring for a spell to break the monotony.  Drilled the under wing NACA vent.  Still need to dimple it and the vent. 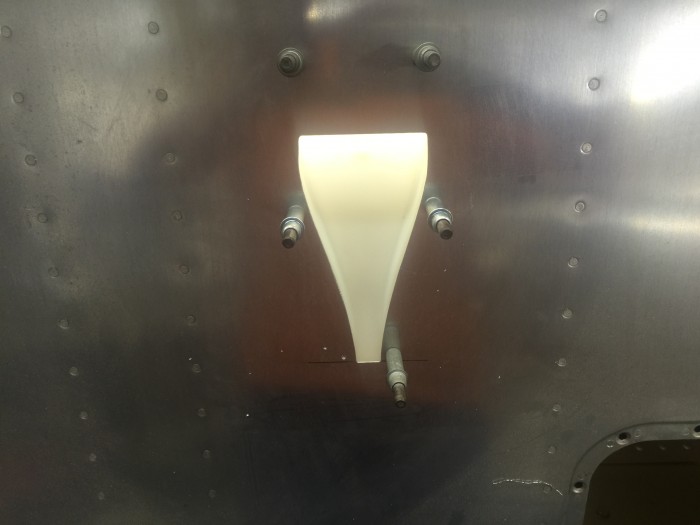 Mounted the AFS controller under the passenger left armrest.  Flush mounted the screws.  My original location on the bulkhead aft of the same arm rest was not the best place.  The controller is two wide and the cover skin hit the controller when mounted. 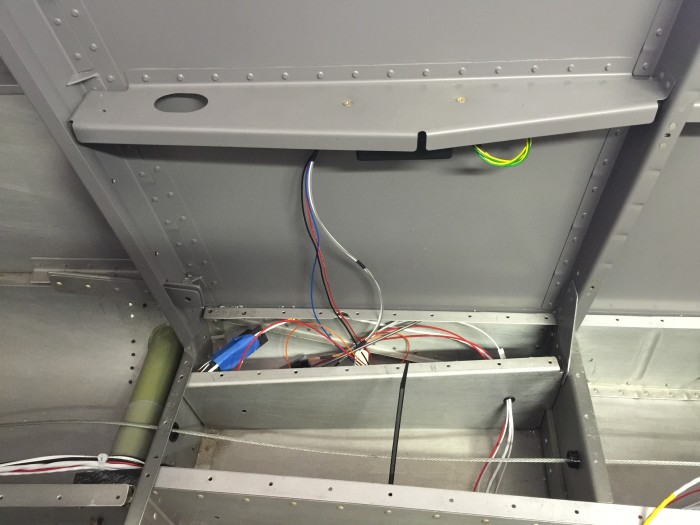 Every ground wire so far has been grounded at the firewall.  One exception is the Pitot Heat ground which is a local ground. 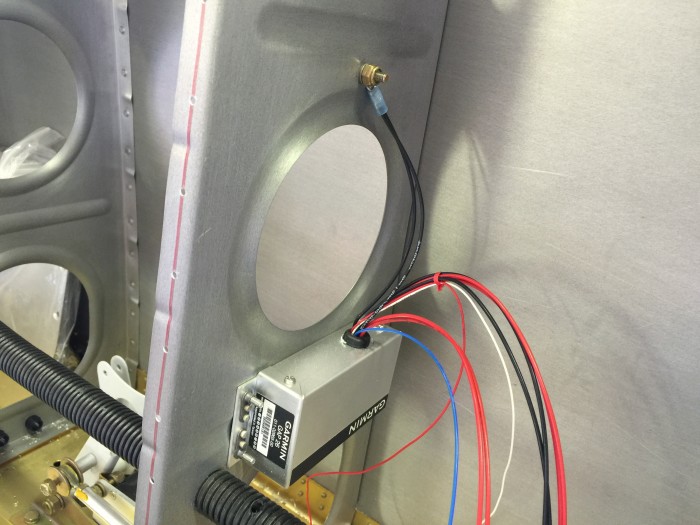 Schottky diode mounted and wired between the main bus and endurance bus.  There is no clearance issues with the BNC connector above the diode. 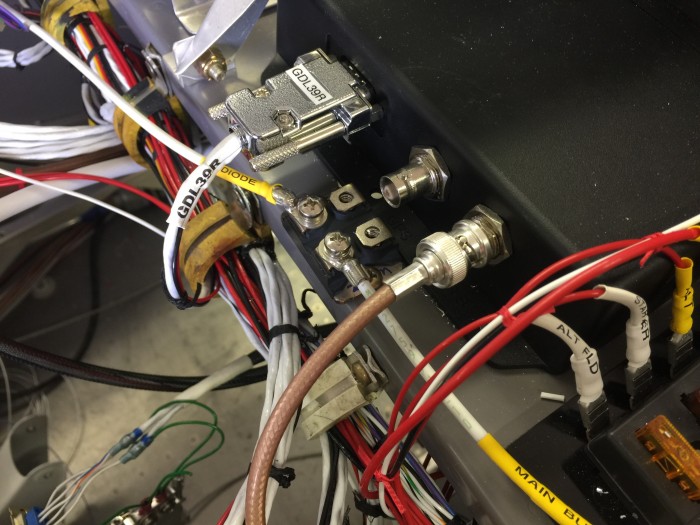 Received new EarthX battery box.  It’s meant to be mounted vertically.  In my horizontal installation it wasn’t rigid enough so I added a false bottom to keep it from flexing downwards under G loads.  The battery is very light and statically loaded this battery box doesn’t flex any more.  Flush riveted on the inside.